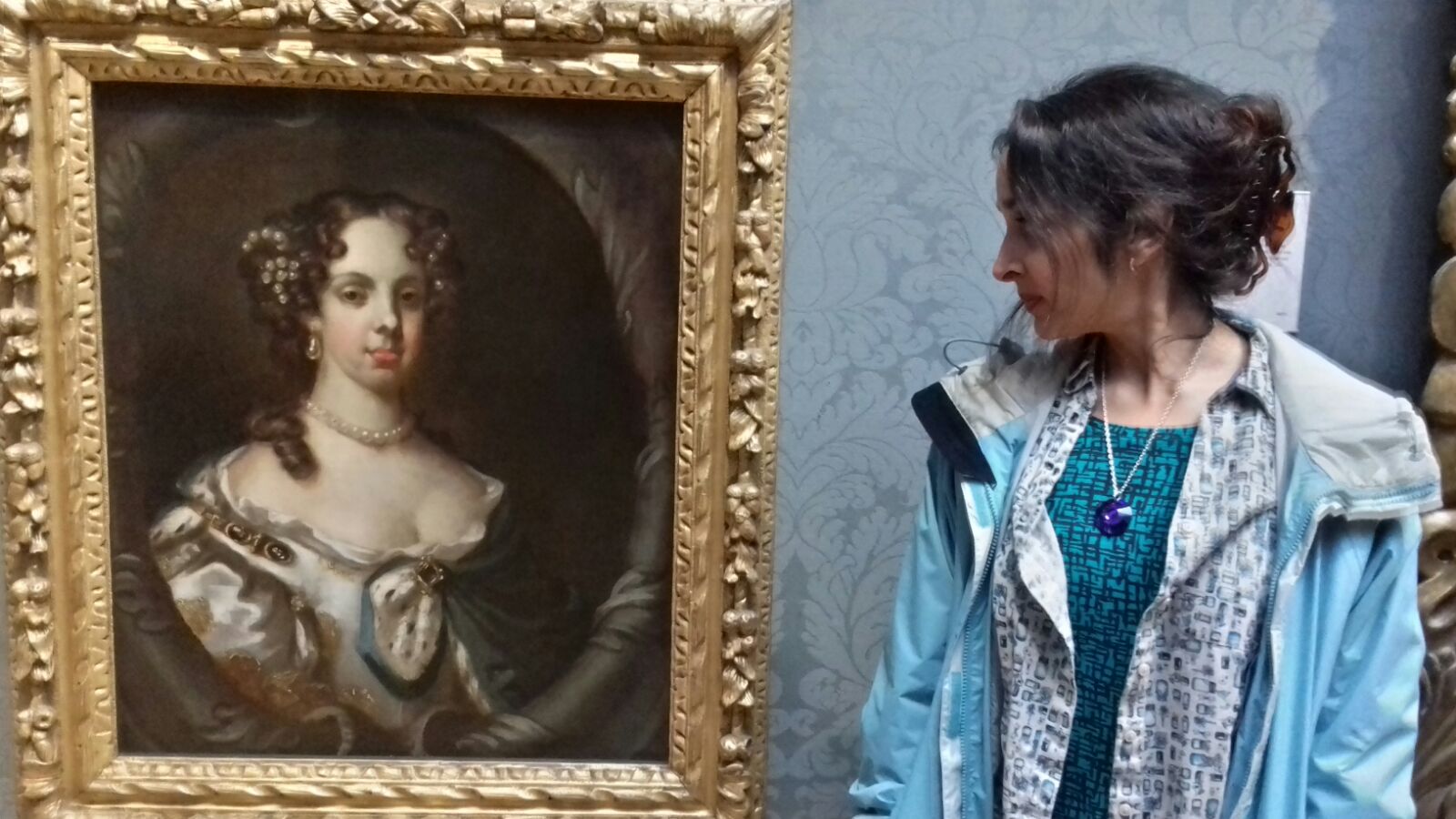 At last, after five years (many of which were spent with her in mind and on page as I wrote Bombay Blues), finally ‘met’ Catherine de Braganza at London’s National Portrait Gallery: the Infanta of Portugal and Tea-Drinking Queen whose dowry to Charles II was the islands that became Bombay–and for whom NYC borough of Queens is named. My three cities converging wonderfully in this moment!Wrote an ode to her with Atom Fellows, produced by Dave Sharma. Listen here!